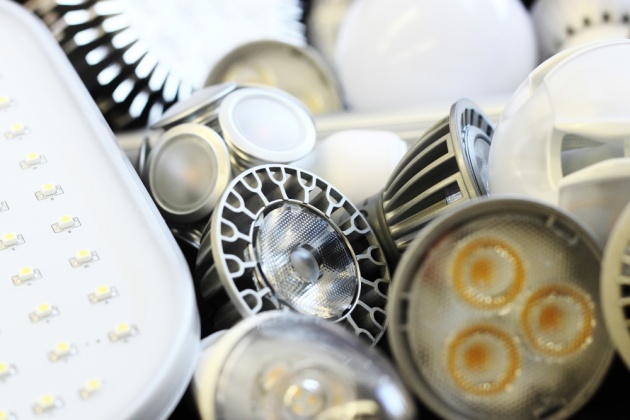 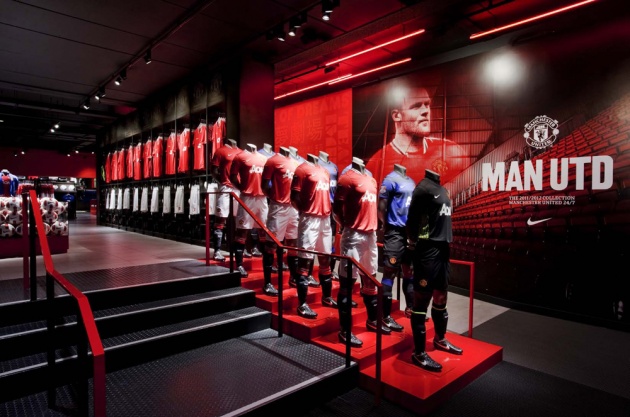 Retail was one of the first sectors to start dabbling in LED lighting, because of the big energy savings that can be made by replacing electricity-guzzling halogen spotlights. Major retailers are announcing big new rollouts nearly every day: Sainsbury’s, Tesco, Next, Walmart… but it’s still a small minority of stores that have switched to the new technology, and it’s mainly the bigger chains with significant resources and economies of scale behind them. In time, though, it seems inevitable that LED will be everywhere.

With stiff competition from online shopping, bricks-and-mortar retailers are having to reinvent their stores as a place where consumers can experience the brands and the product. And they’re learning to use light as one of the most effective ways to become distinctive and recognisable – each in their own way. From Hollister to Primark, light is becoming part of what makes brands what they are.

Colour has always been key in retail lighting. Many buyers still assume that going LED means compromising on colour quality; but if you avoid the cheap rubbish, it doesn’t have to be so. Halogen has long been the benchmark for colour quality, but in fact many LED products are now outperforming halogen and the latest colour technologies use specially tuned light to keep whites clean while making certain colours even more vivid.

4. Lights that do new things

What if lights could guide you around a shop and send you special offers when you’re looking at particular items? Well, now they can, thanks to super-accurate positioning systems powered by LED lights (see page 95). It’s done by modulating light in a way the human eye can’t see, but that can be picked up by the cameras in shoppers’ mobile phones. The light from each luminaire carries a unique code, which the phone uses to pinpoint its position. EldoLED is already installing its Lux Award-winning positioning system at retail sites in the US, GE has several trials under way at retail sites in the US and Europe, and Philips is trialling its system at a museum in the Netherlands.

5. The flight to quality

We’ve all seen heartbreaking examples of poor-quality LEDs in retail. A well-meaning store manager has tried to save money on energy and maintenance, and now the shop is dim, all the clothes look washed out and the customers feel like zombies. Those days are coming to an end: the wild west of the LED market is being tamed, and even those buyers who had their fingers burned (literally or figuratively) in the early days are trying again, with a renewed focus on look and feel.

Retailers can’t afford to get the look and feel wrong, so LED rollouts tend to be nerve-wracking. There is always a certain risk when you invest in new technology. And with no real standards for LED lighting products, we might just have to embrace that risk. With warranties, funding and improved quality, it’s getting easier, but there’s still inertia – partly the result of bad experiences, uncertainty or mistrust over exaggerated energy-saving and lifetime claims made by manufacturers.

It’s easy enough to prove the environmental benefits of an LED upgrade, but sadly that’s not always enough to persuade the finance department to approve the upfront expenses associated with a new lighting scheme. Imagine how much easier it would be if you could prove the correlation between better lighting and increased sales. Unfortunately, it’s not that easy to separate the lighting from the myriad of other variables that influence people’s shopping decisions. As Simon Waldron, Sainsbury’s electrical engineering manager, told Lux: ‘The controllability of variables is missing. We need a standardised approach to proving the link between lighting and sales which at the moment can’t be applied.’

8. Clients are smartening up

Manufacturers have tried to fight LED specticism with product warranties. But the terms are usually written to protect them just as much as their clients – defining and limiting what they have to do if something goes wrong. In a lot of cases, what a warranty promises doesn’t go very far to resolving a client’s immediate problems. If your lighting installation doesn’t work, it’s not much help to ship them all back to China and wait for new ones. So clients are pushing for their own warranty terms. Like Sainsbury’s, which told manufacturers supplying kit for its ongoing LED rollout what their warranties had to say.